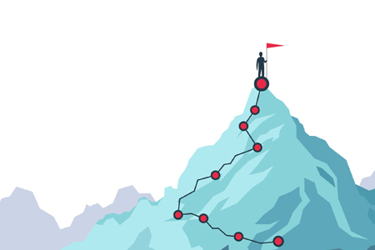 Let’s face it. Designing, developing, and bringing a medical device to market takes money — lots of it. While true of any product in any industry, medical devices can be tougher than most. The requirements of a tightly regulated industry and potential liability issues inherent in the field present time and financial hurdles companies in other industries may not face.

Since few startup companies can bootstrap complete device development, they typically look to investor funding. As daunting and overwhelming as the funding process can be, there are definite guidelines and stages of investor de-risking that can make the design and development process much more on target and successful when it comes to raising capital.

The basic rule of thumb is that the further along in the design and development process, the less risk an investor takes on. And, at all times, a device developer must be aware of de-risking points. But the risk curve is not a gradual one. In fact, investors perceive quite sizable jumps in risk reduction at various points in the process. If the device company understands the process and these milestones from the investor’s point of view, it will stand a much better chance not only of securing funding, but of how much to seek at what point.

Base Criteria For Investment

Before a company can even think about investor funding, it must meet several criteria with its device:

Once a device has met these basic assumptions, you can plan technical activity to align with key investor milestones.

At this stage, it’s often possible to raise money — typically from friends and family — but it won’t be much, and it won’t be at a high valuation.

In working with several hundred devices and developers over three decades, I’ve found that a rule of 1,000 applies in the testing and trial phase leading to regulatory clearance. That means a developer needs to have either 1,000 devices implanted or a record of 1,000 patient years (e.g., devices used by 1,000 patients for one year or devices used by 500 patients for two years). This substantially de-risks the investment.

For businesses looking to be acquired, keep in mind that investors almost always buy device companies based on multiples of sales, not EBITDA (earnings before interest, taxes, depreciation, and amortization). Why? Building a market for a device is very expensive, and acquiring companies typically have established infrastructure to envelop new products into their marketing plans and programs. Whereas sales and marketing costs average 22% for large device companies, they can easily amount to 50%–60% of revenue for a startup. A potential acquiring company knows how and where it can integrate a new product into its system, so in evaluating devices, it’s all about sales.

When To Seek Investment

This is, quite literally, the million-dollar question. It’s very tricky to find the exact milestone where investors will want to invest in your device. Depending on the technology, industry, use, market, economy, and personal preference, some investors seek out early-stage companies. Some will only be interested after a device has obtained regulatory clearance, a set level of sales, or breakeven.

Getting to know your potential investors is critical. It’s not realistic to expect an investment after a single meeting. Most investment firms will want to see real, tangible progress over a period of six to 12 months — or more — before writing a check. People invest in people, too. So as the investor gets to know you and your company, and sees the progress, they’ll champion you within their investment firm and among other investment firms.

Beyond getting to know your investor market, a few rules of thumb prevail. Typically, a startup device company must get to the proof-of-concept stage to successfully raise significant capital. In that first round of funding, they’ll commonly experience dilution of 25%–35%. (Dilution is the process of a startup’s founders surrendering ownership of the company in return for the capital they receive.)

If a developer can then get to regulatory clearance — a huge hurdle — the device’s worth and company’s valuation increase significantly, and investor risk decreases significantly. It becomes much easier to go out and raise money.

As technically brilliant as an idea, a proof of concept, or a manufacturable device may be, it still may not be investable. At every stage, a device developer needs to know not only its next steps to take in the lab, but what it will cost to get to the next investor milestone. Only then can it calculate realistic valuations and determine if and when to seek outside investment. Device development firms that focus on investable development can lend invaluable help in this area.

The road to invest may be as long as the proverbial road to Tipperary. Going in with eyes wide open, knowing what investors are looking for at which stages, will allow a startup developer to walk the fine line between technical device development and investor needs and stand the best chance of receiving an investment.

Jim Kasic is the founder and chairman of Boulder iQ. With more than 30 years of experience in the Class I, II, and III medical device industry, he holds more than 40 U.S. and international patients. His career includes experience with companies ranging from large multinational corporations to startups with a national and international scope. Kasic has served as president and CEO of Sophono, Inc., a multinational manufacturer and distributor of implantable hearing devices, which was acquired by Medtronic. He also was the president of OrthoWin, acquired by Zimmer-BioMed. He received a B.S. in physics and an M.S. in chemical/biological engineering from the University of Colorado, and an M.B.A. from the University of Phoenix. He can be reached at [email protected] or on LinkedIn.