Tyre Nichols was a ‘good kid’ who enjoyed skateboarding, photography and sunsets, his family says

Two men and a woman were gunned down at seemingly random inside a Circle K store in Yakima. The suspect was discovered around 12 hours later with an apparent self-inflicted gunshot wound. Police are still investigating a motive.

YAKIMA, Wash. – A suspect believed to have been involved in a triple deadly shooting at a convenience store in Yakima has died of apparent self-inflicted gunshot wounds, according to police.

Before the suspect took his own life, officers were called to a Circle K store around 3:30 a.m. for reports that a man had shot several people near 18th Street and Nob Hill Boulevard.

When police arrived at the scene, they found three people dead inside the Circle K store– two men and a woman. Police did not immediately release additional details about the victims.

Yakima Police Chief Matt Murray said there was an apparent second shooting across the street at the ARCO/AMPM convenience store, however, it turns out that the suspect shot his own car windows out because he locked himself out of the vehicle 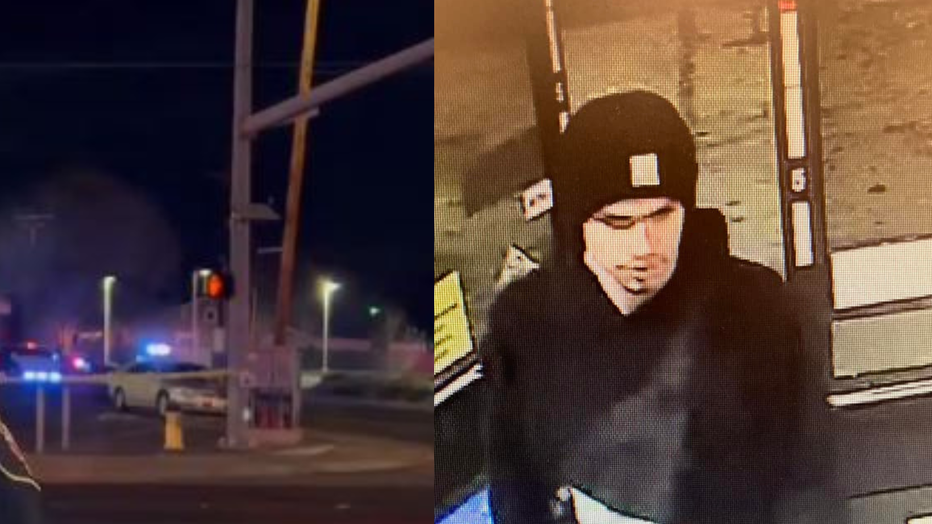 The suspect drove away from the scene and was identified as 21-year-old Jarid Haddock, who is a Yakima County resident.

Murray said police have security video from the store and eyewitnesses have provided information.

“It appears to be a random situation,” Murray said. “There was no apparent conflict between the parties. The male just walked in and started shooting.”

A SWAT call went out around 2:16 p.m. and a home was surrounded– police believed the suspect was inside, but he was not.

The suspect borrowed a woman’s phone near the Target in Yakima and called his mother, telling her “several incriminating statements, like ‘I killed those people,’” Murray said during a press conference.

The suspect also told the woman he was going to kill himself.

The woman was able to get her phone back and distance herself from the suspect. She then called 911 and relayed what the suspect told her and told his mother on the phone.

Police said the suspect left and wound up near the Pizza Hut, which was diagonal from the Target. Officers arrived to that scene and heard gunshots.

When they followed the gunshots, they saw the man they believed to have been involved in the Circle K murders with apparent self-inflicted gunshot wounds.

Medics attempted to save the man but he was pronounced dead at the scene.

The suspect had a large amount of ammunition and weapons on him when officers found him on the ground, Murray said. Murray said he wasn’t sure how much ammo he had on him, but it was “more than a normal person would carry.”

Murray said police do not yet know of a motive, if there was one. He also said they may never know, since Haddock died.

An autopsy will be done to confirm the identity of the man, but police firmly believe it was Haddock.

This is a developing story. Check back for updates. The Associated Press contributed to this report.

US releases Guantanamo prisoner once tortured at CIA sites

Why is California going it alone in Colorado River talks?