Games or interactive games are constantly evolving. One of them is that the play-to-earn game has become viral since its arrival in 2021, where its features allow users to play games while mining money.

One of them is the Good Games Guild which was founded in 2021 and debuted by presenting itself as a Gaming Hub that aims to create the largest virtual world economy by sponsoring millions of players or gamers who play to earn (play-to-earn).

Additionally invest in games to generate revenue along with in-game assets under the Good Games Guild’s Labs (game incubator), and build systems that will enhance the future of gaming and the metaverse.

Good Games Labs will act as an incubator for start-up projects that have successfully passed a series of selections to become Incubation Projects at Good Games Labs. Good Games Labs is committed to supporting technical teams with fast executions that positively impact the crypto space and build a decentralized web.

The first Good Games Labs incubation project that is ready to launch at the end of September 2022 is Battle of Guardians. 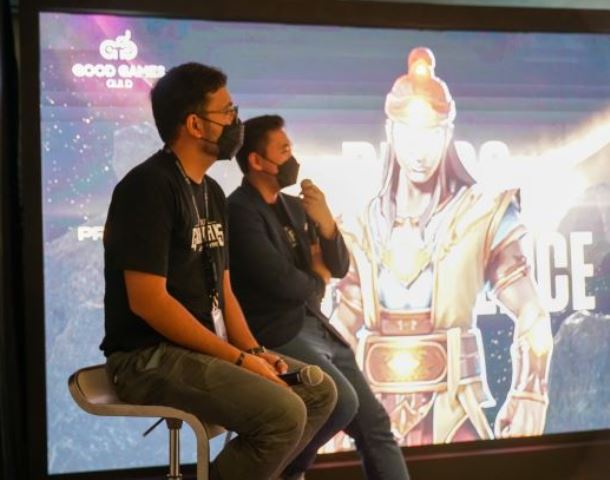 Battle of Guardians is a game with a simple and interesting background story. Told in ancient times, humans lived side by side with the Guardians who had powers and abilities that surpassed humans, so they were worshiped like gods.

In return, these Guardians or Guardian Angels, will maintain the balance of the earth and protect mankind. Over time, technology took over the role of the Guardians, and humans slowly began to leave their existence. The Guardians then disappeared.

Thousands of years passed, a group of humans accidentally opened a portal that connected earth with hell. Creatures from hell then invaded the earth and human civilization was destroyed. When humanity’s hope is almost wiped out, the Guardians return, to save the earth and its inhabitants.

Good Games Guild CEO and Founder, Aditya Kinarang said, “After the hard work and dedication of the Battle of Guardians team, we are very happy to finally announce our first incubation project to the public.

“We are also very grateful for the great support and enthusiasm from our solid community to date. We invite game lovers to try and learn all about Battle of Guardians, the first NFT Play-to-Earn fighting game with useful gameplay, ” he added again.

Battle of Guardians (BOG) is a real-time multiplayer NFT fighting game, developed on the Unreal Engine and built on the Solana network. Players engage in fierce and thrilling multi-field battles in the vast game world.

This game was developed for gaming on PC, with iOS and Android currently in development with cross-platform multiplayer later.

Created by an experienced and skilled team, Battle of Guardians aims to build a game environment and create a long-term, stable and growing virtual economy.

Where developers, investors and all players can contribute together to explore endless opportunities in the world of the fighting game metaverse,” said Alexander Lim again.

Battle of Guardians is a one-on-one game where players are in a constant battle to defeat other players, and earn rewards. There are no teammates to coordinate with, and no voice in the system.

In this game world, there is only a fighter and his opponent. The player’s skills will determine who is the predator and who is the prey. It is a balanced yet competitive environment.

Battle of Guardians truly believes that all play-to-earn games should have a balanced “play” aspect as well as their “earnings”. So, good luck with that!